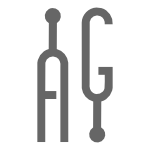 The “Antonio Guanti” Choir Competition is the first musical contest in Basilicata, and among the few ones in the southern Italy, entirely planned for choir music.

The Competition is organized by the Association Coro della Polifonica Materana “Pierluigi da Palestrina” and is dedicated to the memory of Antonio Guanti, the ex vice president, who tragically died when he was 32 years old, in May 2010.

The 2011 and 2012 editions of the contest took place in May, the month of Antonio’s birth and death. Starting from the third edition, the competition will become international, following the agreement of competitors and the support our highly professional jury; the contest will take place in November in two days, in order to meet foreign choirs needs.

The deadline for registrations to the Competition is June 30th 2013.

The “Antonio Guanti” International Choir Competition has the patronage of the Promoting Committee for Matera candidate as 2019 European Capital of Culture and of the Committee for the 4th centenary celebration of Carlo Gesualdo da Venosa’s death; in that occasion, the best performance of a piece by Carlo Gesualdo will receive a special prize.
The contest has also the Patrotronage of FeNIARCo (Italian National Federation of Regional Choirs Associations) and of ABaCo (Basilicata Choirs Association).