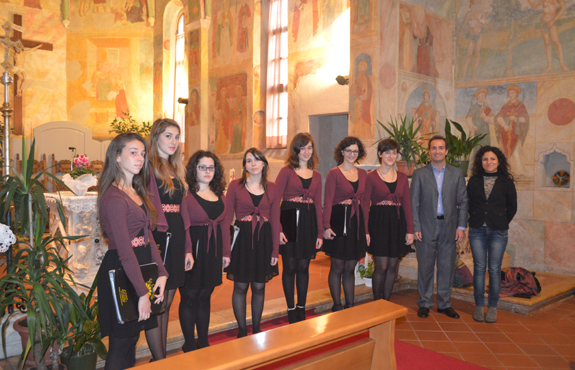 The Vocal group “La Corolla” was founded in 2008. It was created as part of a natural evolution from the children’s choir of the same name, and it performed several concerts and operas.
The choir has recorded some Cd and it obtained different awards during various national and international competitions.
This group won the “Silver Category Diploma” both in the Riva del Garda international competition in 2008 and the Budapest international competition in 2009. In the last two years it performed several concerts and festivals: the “Salerno Festival” in 2013, Aquileia (2013), Sansepolcro and Urbania (2014) and the 41° Incontro Internazionale Polifonico “Città di Fano”.